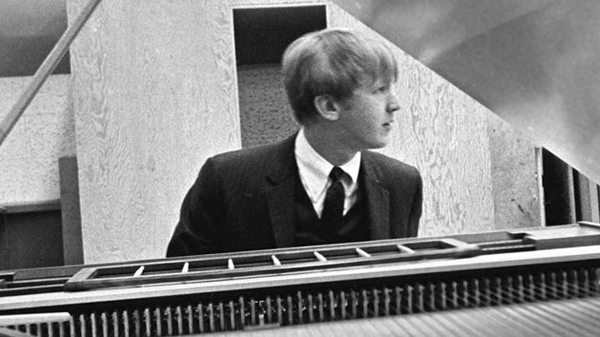 It seems that Harry Nilsson’s legacy simply won’t behave, and in some perverse way that’s fitting, because he certainly didn’t like to color inside the lines, either. His songs moved like no other pop tunes of the time, floating along on waves of wordplay and melodic intervals before, finally, caressing your funny bone or stabbing you in the heart (or both).

…Harry’s wild ride with the likes of John Lennon, Ringo Starr, Keith Moon and other members of rock royalty is a sizable part of the narrative of Nilsson: The Life of a Singer-Songwriter, Alyn Shipton’s definitive biography on the late musician, but the author also examines Nilsson’s creative lineage with exacting detail, chronicling the impulses behind a body of work that drew the heavyweights of music into the orbit of the enigmatic and troubled singer-songwriter like moths to a flame…

Q: It’s hard to spot the influences in Harry’s music. Even in his early work, he seemed to arrive as an artist fully formed.

“Well, yes and no. I think that’s true in the sense of his subject matter and the way he delivered it was unlike anybody else. I like the idea that [music publisher] Perry Botkin described it in the book, that Harry’s idea of how to write a song didn’t depend on the same chords that everybody else used. Right away, you have somebody who’s thinking of songs in a new way.