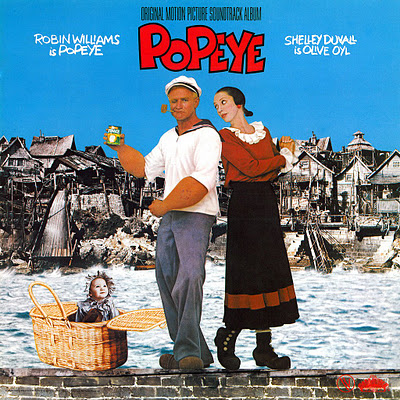 The first official vinyl reissue of the Popeye soundtrack, with music and lyrics by Harry Nilsson, will be released this Friday, November 25 exclusively for Record Store Day. The soundtrack features vocals by Robin Williams, Shelly Duvall and Ray Walston, and this reissue also features two previously unreleased score cues from the film, sourced from original analog stereo master tapes.