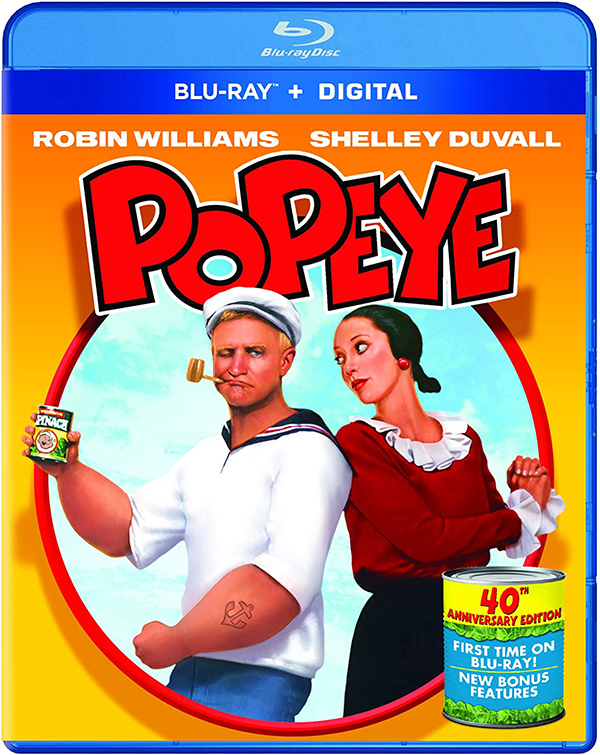 Popeye will be released on Blu-ray for the first time on December 1, 2020 to celebrate the film’s 40th anniversary! Harry Nilsson served as composer and lyricist for the film, which stars Robin Williams in the title role and Shelley Duvall as Olive Oyl.

The new Blu-ray includes access to a digital copy of the film and nearly 30 minutes of new bonus content featuring excerpts from one of Williams’ final interviews, a 2014 interview with director Robert Altman, and a new interview with Stephen Altman.